Mass shootings don’t represent the majority of firearm deaths in America and out of the 33,000+ firearm deaths per year, two-thirds of the deaths are suicides (orange), one-third are homicides (blue), and a small percentage are accidents (yellow). Even with the national attention on gun violence due to recent mass shootings, gun reform policies still need to reflect the diverse range of people affected by gun violence every day. 66% of gun homicide victims are black while the majority of mass shootings and suicides are from white men. Suicides present another demographic of people which are the elderly, while most mass shooters are under the age of 50. Having universal background checks, which is a supported solution to stopping mass shooters, won’t stop an older person with no criminal record from obtaining a gun. To reduce gun deaths, a unique, specified approach will need to be taken that considers the different sources of societal gun violence as well as the recent, devastating mass shootings.

This image breaks down the yearly deaths by a firearm with suicides (orange), homicides (blue), and accidents (yellow).

This image quantifies the predominant majority that firearm suicides have over homicides. 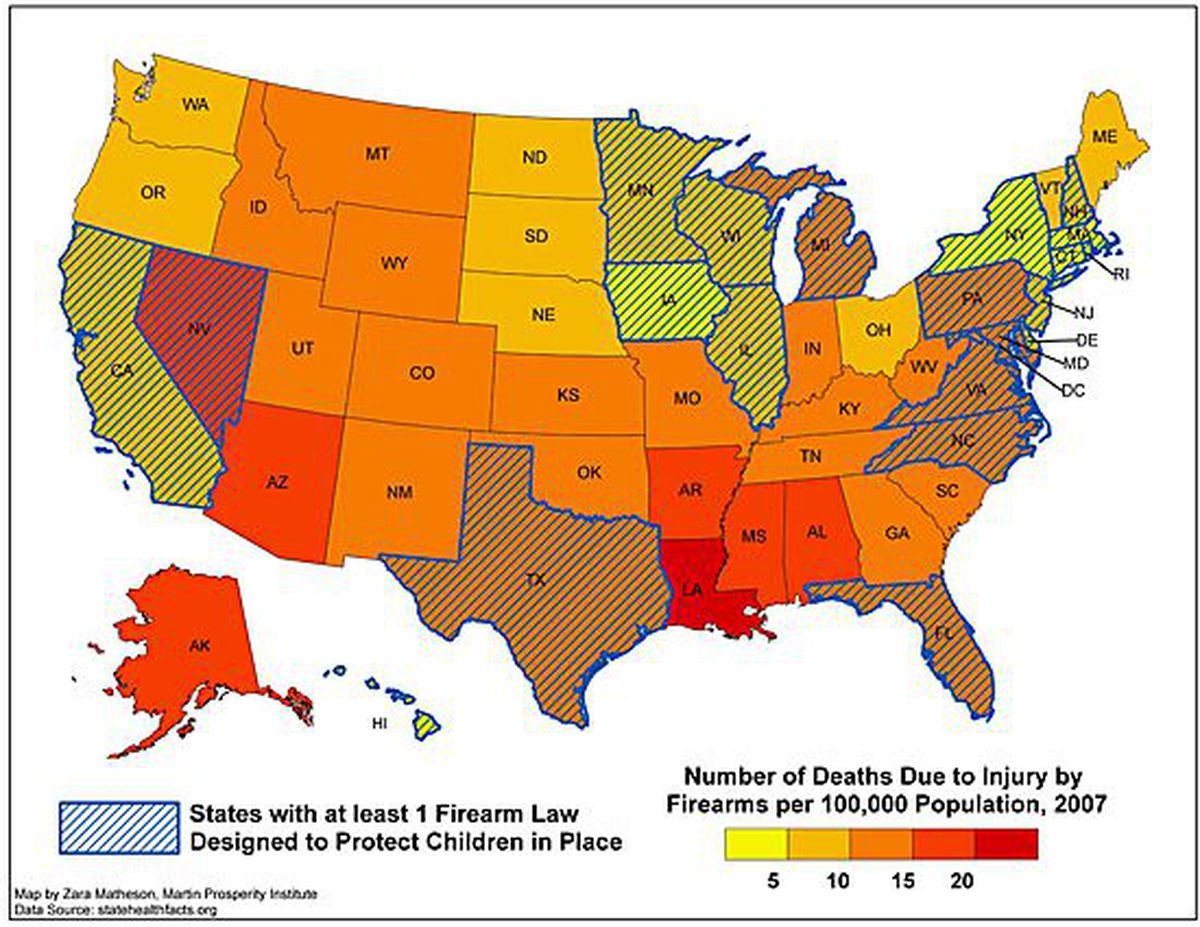 This image explains how regions like the South-East and West without preventative gun reform laws have higher concentrations of firearm deaths. This is a striking correlation as other health factors like stress and mental health don’t necessarily relate to gun violence. As Richard Florida states, “States with tighter gun control laws have fewer gun-related deaths.”