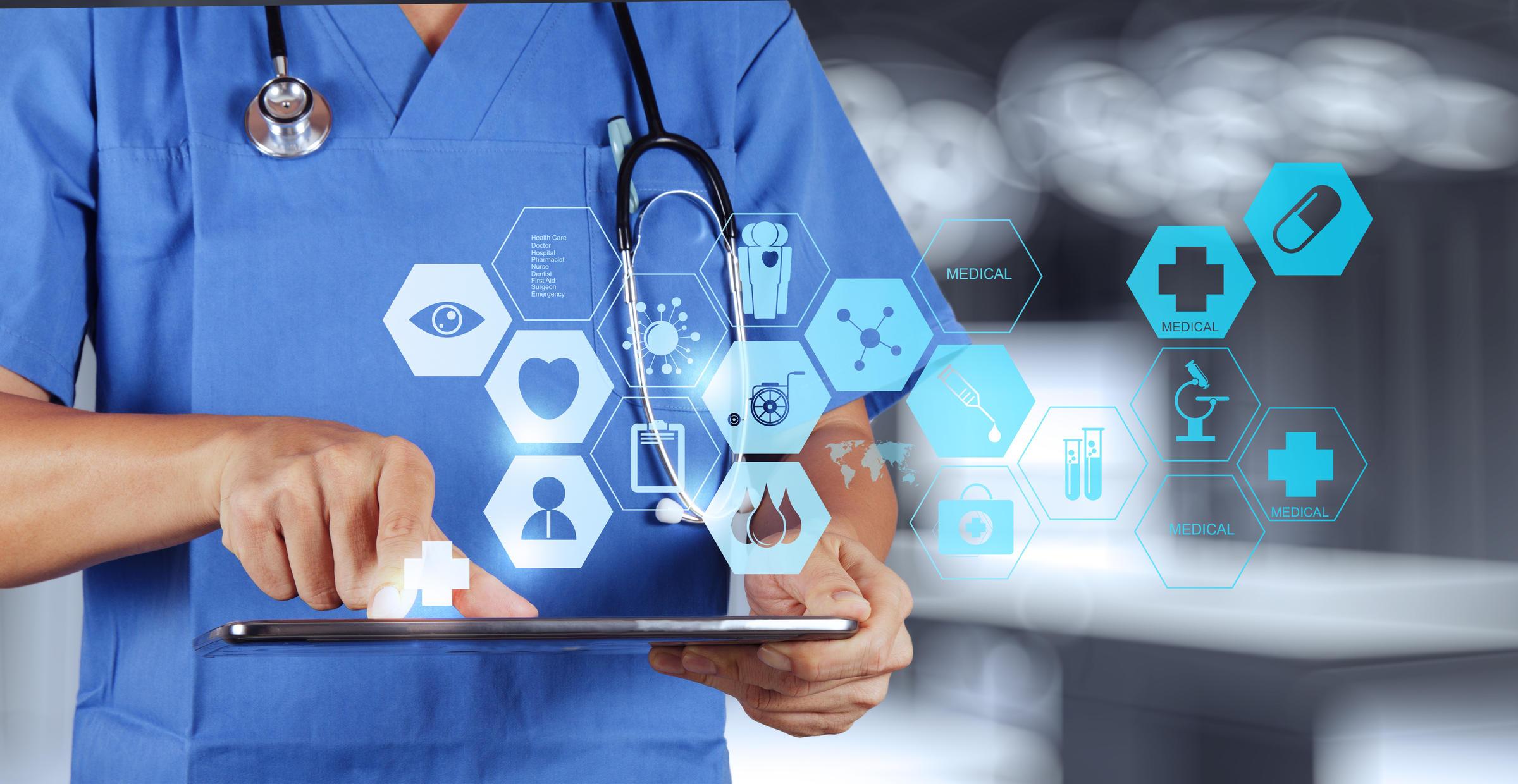 The goal of health technology is to assist in more efficient data collection, increase connectivity, and foresee market changes. A push for a more healthy lifestyle across the United States has lead to an increasing need for innovative ideas that can lead to healthy behavior changes. Even with governmental efforts, life expectancy in the United States has decreased, inequities in healthcare persist in rural communities and healthcare costs are still at an all time high. Developing partnerships between healthcare communities and business technology firms has the possibility to strengthen the development of evidence-based research and HIPAA-compliant clinical resources that can contribute to an improved population health in the United States. Using these firms can also establish  more reputable platforms, health analytics, and marketing expertise that could serve beneficial to the current healthcare issues.

Implementing technology into exercise devices has lead to success stories surrounding smart technology abound. Exercise using smart technology  has been shown to increase physical activity compared to traditional healthcare models. Access to healthcare is also an issue due to the US healthcare industry structure. This can be improved through the use of online applications geared towards connecting clinicians with patients. Through businesses engagement, assistance in the development of technology services that  increases access to low-cost care for patients in need is possible.

Innovative inventions in data collection would assist with patients having access to their own health information. This gives them the opportunity to make informed decisions about their own health. It also reduces redundant testing resulting in patients and clinicians saving time and money. Collaborating with businesses and technology firms on healthcare issues and projects could improve population health overall.

These maps from 2010 show the availability of grocery store locations and also the percentage of people who had a car to get there. The topic of food availability is already an interesting conversation.. is there enough food? Is there enough food, but it just isn’t distributed evenly? Why is healthy food more expense then unhealthy? Why has food become more of a business then of a way to survive? Take a look at these maps, because they bring another problem into the mix! Transportation and accessibility.

The information for the maps was collected from the USDA Food Environment Atlas and the maps were created by Meharry Medical College.

Climate change is always a hot topic, literally. With the melting of the ice caps, the unstable polar vortex which influences the jet stream, and with temperatures becoming more extreme, it is no mystery that sea level is continuing to rise. We wanted to visualize the threat of sea level rise by making a map that shows the potential projections of how our coasts in New Jersey and New York could eventual look. 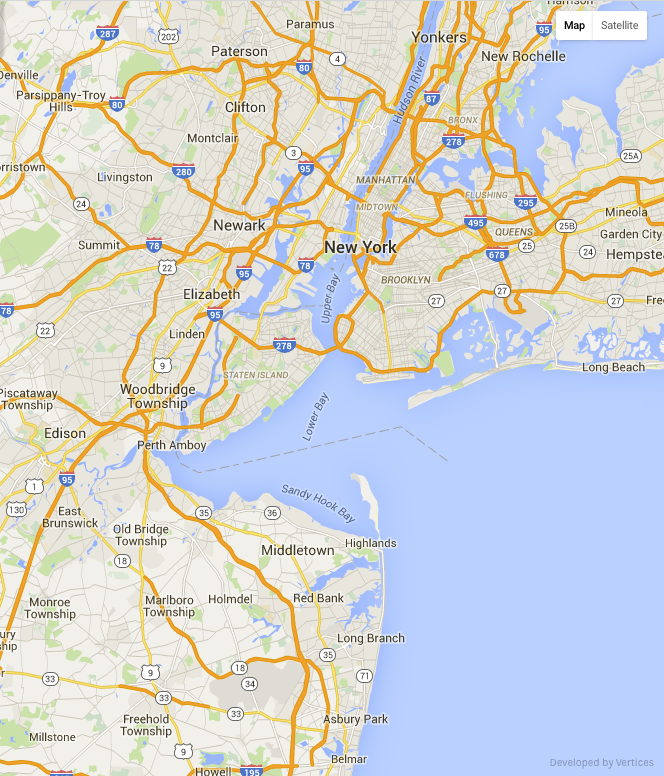 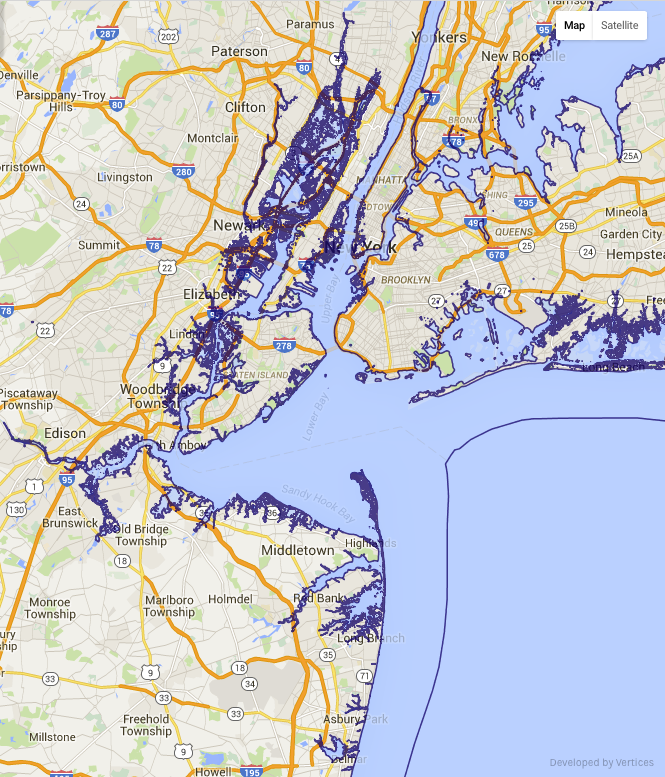 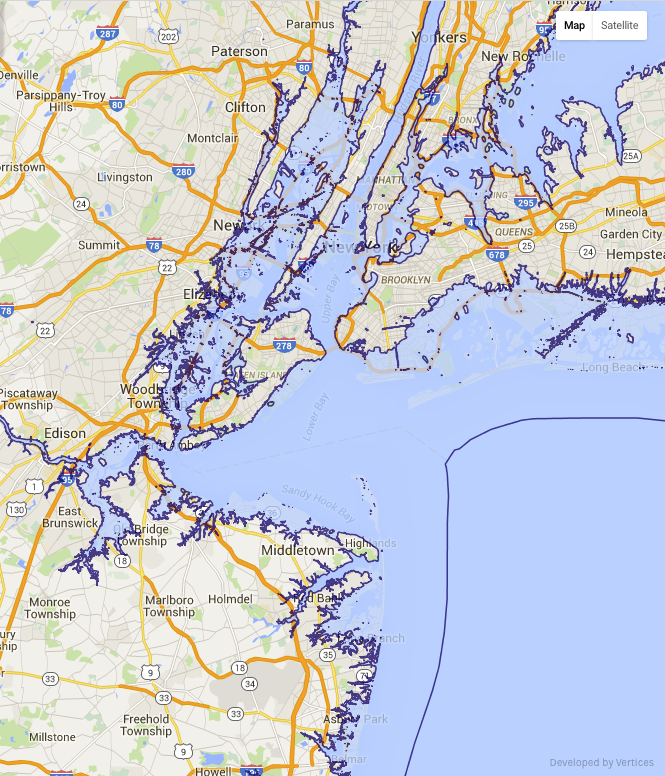 We zoomed in to focus on New York City and the Northeastern part of the New Jersey coastline. We gathered the information for sea level rise from usgs.gov and then created the map using our Mappler technology. The first image is what the coast currently looks like, with the second and third images showing possible sea level rise projections. Image 2 shows sea level rise projections for 2100 if climate change continues without us taking action. This projection shows a 2m rise, with the dark blue border showing the potential new coastline. Image 3 is the worse case scenario for the year 2100, meaning that this is what scientists are projecting if again no action towards stopping or slowing climate change takes place and if the Greenland ice sheet melts. Image 3 shows a 7m sea level rise, and as you can see the land taken is massive. These maps show the scary reality that we could face if climate change is not taken seriously. You think that the population and its growth are bad now? How about when we then have to face displacement of part of the population because land where they use to live is covered in water? Take action, educate on climate change, and do your part!

To see the map and view more of the NJ and NY coast projections click here!

This CDC map displays stroke death rates from 2011-2013 in adults ages sixty-five and older. The data is taken from the National Vital Statistics System and the National Center for Health Statistics. This particular map shows all ethnic groups, and if you visit the site you can see other maps that focus on one ethnicity. Go to cdc.gov to see all the maps and to view more information !

Air pollution is definitely a concern, especially with the growing population. I came across this air pollution map on aqicn.org that shows real-time air quality around the world. The screenshot below is of the United States, and shows that earlier today, we had a good to moderate air pollution level. If you check out the site, you can see a map of the world and compare how each country or continent is ranking in their current air level rate. The map is color-coded with green being good, yellow being moderate, orange is unhealthy for sensitive groups, red is unhealthy, purple is very unhealthy and dark red is hazardous.

Check out what your area looks like, and keep in mind how you can lessen your amount of air pollution! Check out the site by going to aqicn.org or click here.

Our team at Vertices created a community map that will help the people of Nepal and those there assisting with relief. This map found on immappler.com/nepalrelief, provides a quick and easy way for earthquake victims to add information about the aid they need. By making a visual public map, earthquake relief teams and individuals can see where and what type of aid is needed in a specific area.

We used information from quakemap.org and created a map using our program Mappler. We determined different aid categories that will help the people of Nepal and added need to know variables such as if victims of the disaster need water, food, shelter, or medical aid. We continually add new information to the site, and those in Nepal can add their own data to the map as well. People in the area can either log in and create an account or just sign in as a guest, and are then able to quickly fill out the information they want to be made public. This map makes it easy to see what areas need help and with what exactly they need help with. This horrific disaster has damaged large areas, and injured and killed many people. The Vertices team hopes this map makes it easier to help those in need! Please share the link on social media to spread the word- immappler.com/nepalrelief 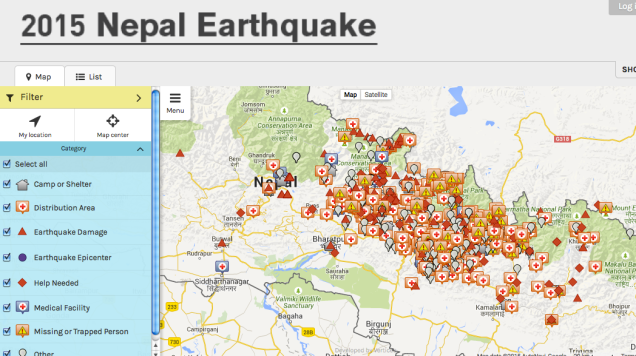